CM: Given I’ve been into SF since about the age of ten some might say I came to William Gibson’s Neuromancer late. It’s one of those classics everyone’s read, or if they haven’t they know a lot about it. Which is what made me feel like there wasn’t any rush. But that assumption was wrong. 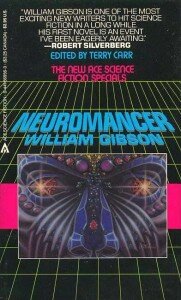 What makes Neuromancer so compelling is its tremendous world building. It’s rare to be thrown into a vision of the future so radically different without much of a lifeline from the author. There’s no patient or subtle explanations, just life in a gritty, corporate-governed world that defined the cyberpunk subgenre. The reader must make sense of the sprawl just like the protagonist, Case.

Considering it was written in 1984, when computers were the size of a room and before open access to the internet existed, Gibson was taking a huge leap of faith with his readers. It was a gamble that paid off. Neuromancer captured the sense of change, with explosions in digital technology brokering uncertain futures. But Gibson took this new idea of a personal computer to its radical end – the unification between individuals and their technology.

And unlike many SF writers of the time, Gibson was telling a distinctly familiar story. The environment might have been utterly different, but the failings of the new technology to lift society to utopia were stark. This is not a story told ‘out there’ in deep space. This is Earth and this is us, glitches and all.

The result? In a lot of ways, Gibson totally re-defined what the SF genre could be, effectively bringing it into the digital age. His ‘cyberspace’ is probably his most recognised legacy, and this is what was, to me, already a familiar trope. If you haven’t read Neuromancer you know it anyway; you’ve seen the matrix in any number of films, books or computer games. Users plugging into the net directly through some kind of neural port, making it a sensual, spatial place laid over ‘real’ existence.

This idea of multiple levels of existence – and how we determine which is the more ‘real’ – was the main thrust of the Matrix Trilogy, a direct descendent. In Neuromancer, Case lives ‘the bodiless exultation of cyberspace’, with a ‘relaxed contempt for the flesh. The body was meat.’ He maintains this attitude throughout, from his hectic drug trips to his hours spent plugged in, a catheter taking care of bodily needs. Include the blur between government and corporate control over cyberspace and Neuromancer proves its continuing relevance thirty-one years later.

But really it’s the writing that makes this world tangible. This is not a book that holds your hand, pointing out the pertinent facts and reminding you of who important characters are. Blink and you might miss something. This is what’s captivating about Neuromancer and brings the reader into the world., so effectively built because it’s reflected in the writing itself, what Gibson described as the ‘desperate quality’ of it.

And the curious thing is this quality was at least as much a product of the circumstances of his contract as an author. In an interview he gave in 1996, Gibson describes how Terry Carr, a commissioning editor of science fiction, contracted him to write a novel in a year. ‘It had been taking me three months to write a short story, so starting a novel was really a major leap… Neuromancer is fuelled by my terrible fear of losing the reader’s attention.’

It surprises me that what stands out as one of the book’s most important and competent features – the one that makes it so effective at creating and then implicating the reader in this world – might have been an accident of circumstance. That is, that the chaos of the world is directly reflected in the writing style. But that does not diminish the work. Instead, it reminds us that creating new worlds as an author is a leap of faith. They have to make the leap first, if they want readers to follow behind.

I was wrong to assume Neuromancer would hold no surprises. The reason seems obvious. Any book that so dramatically shifts the focus of a genre is worth special attention. It’s usually worth revisiting the classics, especially those with continuing relevance. But there’s also that simple joy of exploring a world at once so familiar and yet so alien, expertly realised through a breathless narrative. It’s been explored by thousands before, inspired many others, and will likely continue on until we finally catch up with Gibson’s vision. 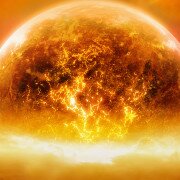 What We're Reading: The Three-Body Problem

What We’re Reading: The Martian